“The press is significantly more than a purveyor of information and opinion.

It may not be successful much of the time in telling people what to think,

but it is stunningly successful in telling its readers what to think about.”

Numbers show often a news story (based on a series of keywords) appear in the headline or lead paragraph in the yop 51 newspapers, Associated Press or Reuters. Percentages show changes from the previous week.

Charles Schumer also saw a huge increase in press coverage but for a much worse reason: criticizing and then apologizing Justices Kavanaugh and Gorsuch. 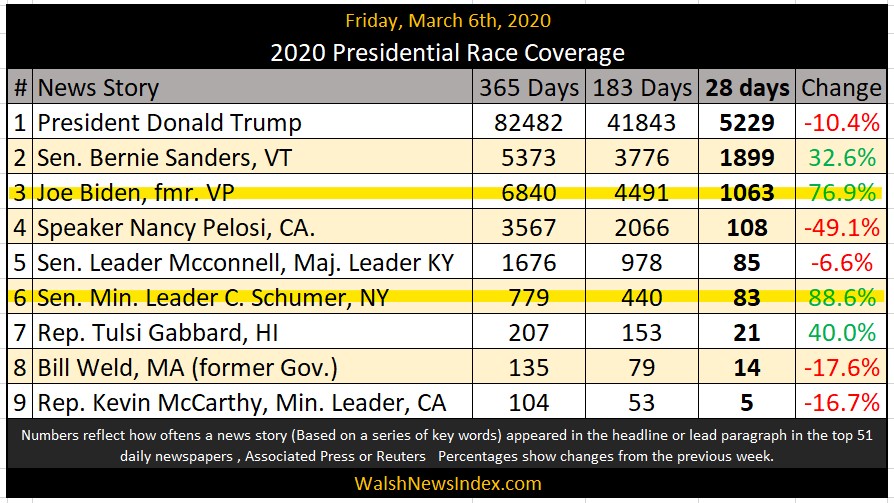 Coronavirus was first reported on January 8th by Reuters and A.P. It has since garnered more attention then Global Warming,

The Catholic sex scandal, diabetes and the national debt in the last 12 months.. combined! 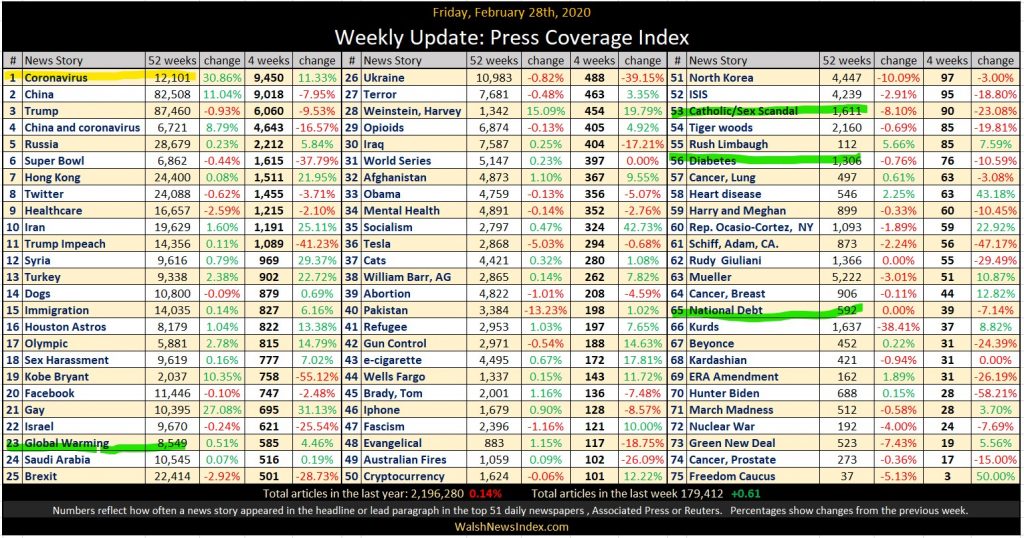